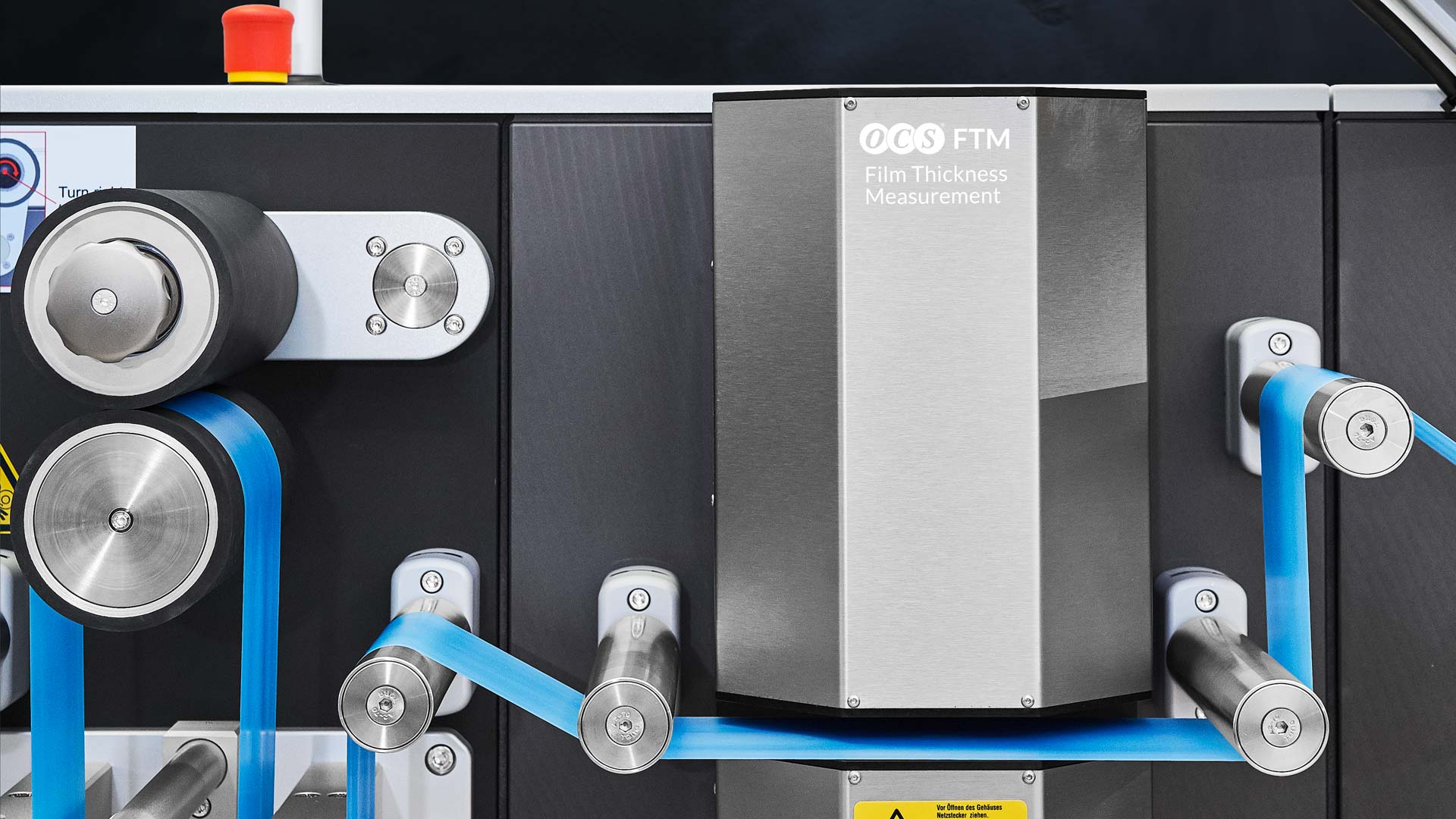 The OCS Film Thickness Measurement (FTM) allows the continuous measurement of the thickness of polymer film (flat film, blown film or tape). For measurement, the film is guided between two precision rollers. One of the rollers is deflected according to the film thickness. This deflection is measured by a digital probe and evaluated by microcontroller-based electronics. The measured value is shown on a display and can be evaluated via analogue or digital interfaces. 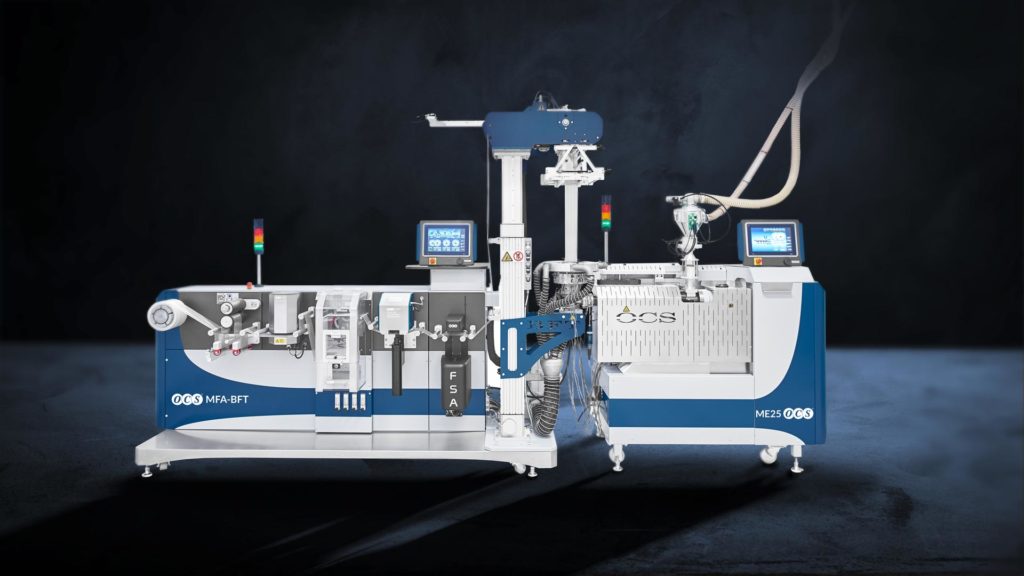 The OCS Blown Film Line is used to carry out optical and physical property measurements of polymers in the production of high-quality blown films (blowing, [...] 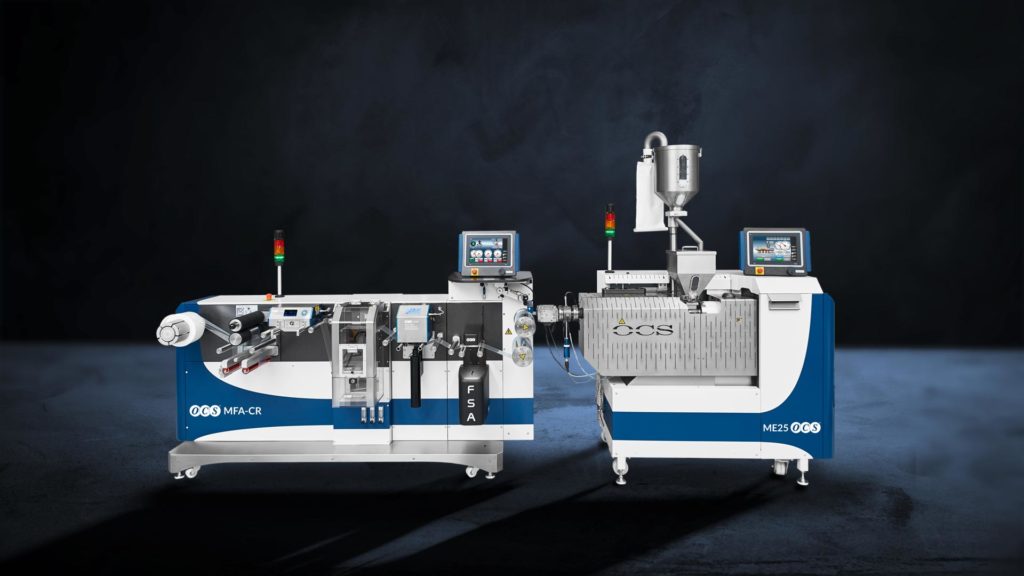 The OCS Cast Film Line is used to perform optical and physical property measurements of polymers in the production of high-quality cast (flat) films (extrusion, [...] 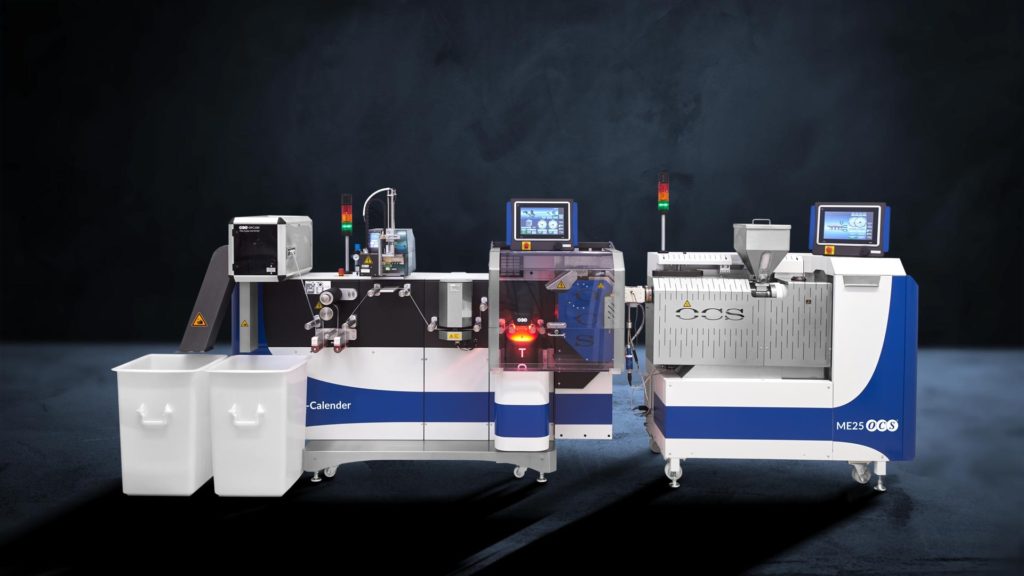 The OCS Tape Line Type TCA® is used for testing transparent polymer films (tape). It consists of the OCS Measuring Extruder (ME) and the OCS [...] 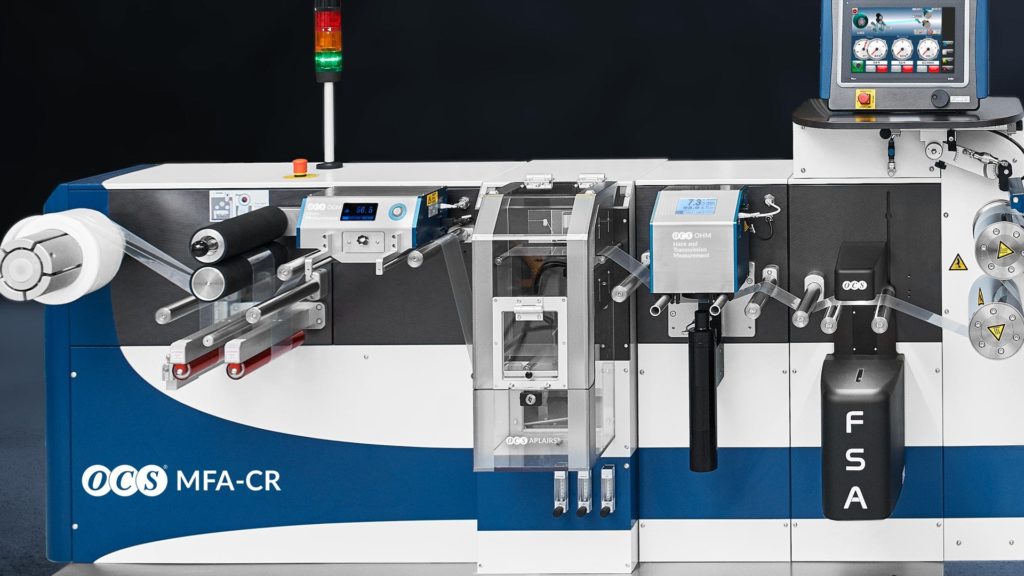 APLAIRS® (Analysis of Plastics by InfraRed Spectroscopy) is a spectroscopic method for measuring additives, (co-)monomer compositions and chemical and physical properties in the production of [...]

The OCS Gloss Measurement (OGM) is designed for the constant and precise control of film gloss properties. The measuring device is integrated into the Modular [...]

The OCS Haze and Transmission Measurement (OHM) is used for the automated and continuous measurement of the haze properties on polymer film. It additionally determines [...] 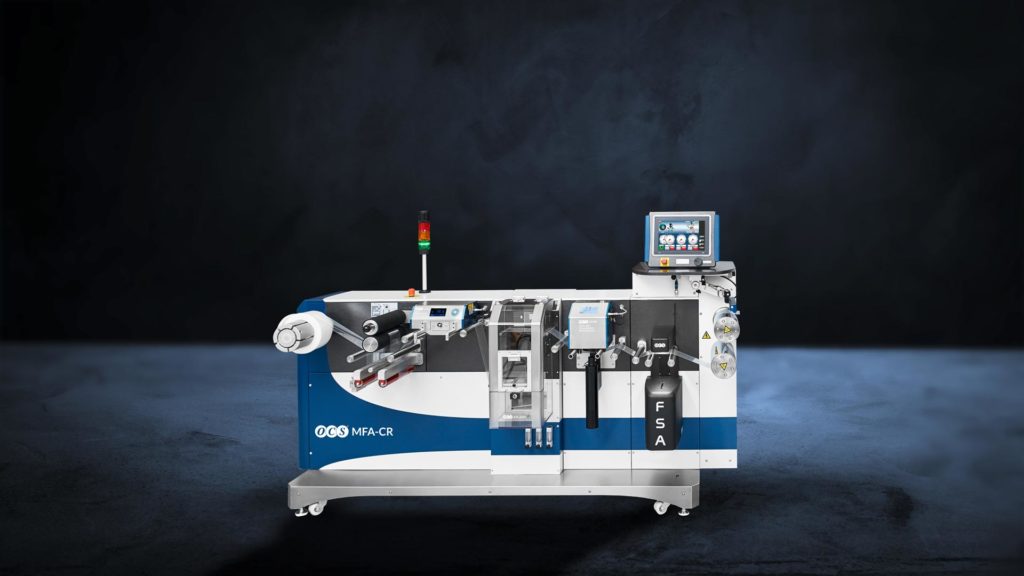 The OCS Modular Film Analyser (MFA) is used for the continuous cooling, stripping and winding of extruded polymer film. In combination with a variety of [...]